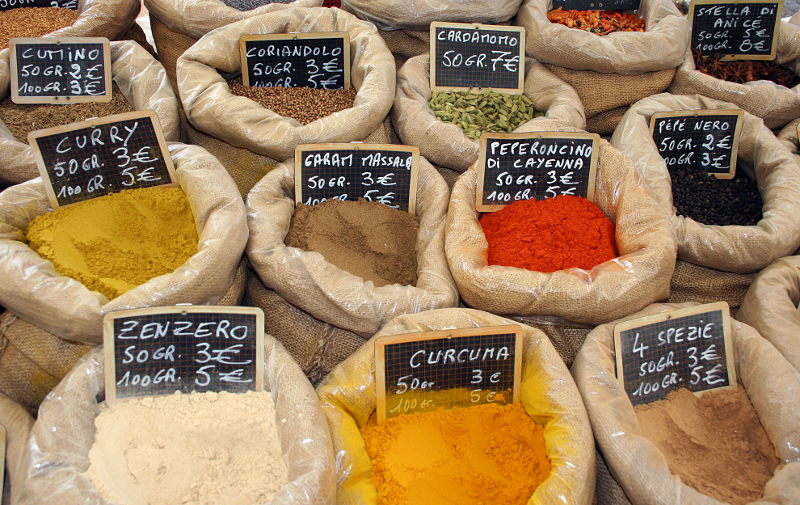 Wood barrel aging has been called the winemakers spice rack. In the same ways that herbs and spices make foods more delicious, the aromas and flavors derived from wood can enhance wine. An earlier post discussed the effects of the different types of wood used in wine barrels, but that’s just the beginning. There are many other factors that affect the final result. For example, toast.

Toasting is something that occurs as part of the barrel-making process. When it is time to bend the barrel staves into their final shape, they are heated. In addition to making the wood more pliable, this also causes their inner side to brown, or toast. As the heat penetrates the staves, it triggers chemical changes that mellow the wood, reducing harsh tannins, diminishing woody flavors, and promoting the development of pleasing sensory characteristics.

By controlling the amount of heat and the duration of warming, barrel makers adjust the style and level of toast, achieving a wide variety of aromas and flavors including butterscotch, vanilla, caramel, chocolate, roasted coffee, and smoke. Toast is one of the specifications included when ordering a barrel, and it is an important part of shaping the future wine. (For more information on barrel toast, I recommend a visit to the website of the Seguin Moreau Napa Cooperage, where there is a detailed discussion of the topic.)

Having selected the flavors available through wood type and the toast level, the next decision is how much spice to add. To minimize the effect of the wood, very large neutral barrels (ones that have been used many times for aging similar wines) are best.* When large flavor contributions are desired, newly constructed barrels in small sizes are the way to go. A balance between these two extremes is obtained by employing a mixture of new, used, and neutral barrels. The actual mix selected by the winemaker is often disclosed on wine labels or data sheets with phrases like “100% oak aged, 30% in new barrels”.

Winemakers can also control the effects of aging through the length of time the wine spends in the barrel. This is an especially useful approach, as the progress of the wine can be monitored via barrel samples and changes applied as necessary. For example, if the wine has enough wood influence but would still benefit from more interaction with air, it can be racked (transferred) to neutral barrels. When sampling indicates that enough time has been spent in barrels, then it will be bottled.

One of the interesting things about barrel aging is that the oxidation and evaporation effects resulting from the porosity of the barrel walls accumulate at a fairly constant rate, but what the wine draws from the wood itself decreases over time. This means that more aromas and flavors are extracted from the wood in the first few months of aging than in any similar period thereafter. To increase the effect of the wood on the wine, winemakers can use two, or even three, sequential agings in new wood barrels, a process described as 200%, or 300%, new barrel aging.

(Another technique for increasing wood influence, especially tannin extraction, is fermentation in barrels. Most winemakers believe that it is only suitable for use with new oak barrels and more powerful grapes like California Cabernet Sauvignon. Barrel fermentation is a labor intensive process that is only used in small batch wines.)

Finally, the influence of different types of wood can be incorporated into a wine by using a mixture of barrels. For example, to get the flavors of American oak with the mouthfeel of French oak, the winemaker can age part of the wine in each type of wood. This is another choice frequently disclosed on labels or data sheets with phrases such as, “100% oak aged, 80% in French oak, 20% in American oak.” Even when it is not disclosed, clues will be present. For example, the combination mentioned above would likely yield moderate vanilla, coconut, or cream flavors with a lush satiny mouthfeel.

A variation on this approach is to use barrels made of one type of wood or toast level with barrel heads of another. The heads of the barrel are the flat ends and they represent about 30% of the interior surface area, enough to add distinct flavor and texture notes to a wine. One example of this is called “toasted heads”, where the heads have a higher level of toast than the barrel itself, allowing the winemaker to incorporate both structural tannins and toasty flavors. Another example is the use of acacia wood heads with oak barrels, a combination that tends to tone down oak derived flavors while preserving the structural tannins and gradual oxidation effects of barrel aging.

The artistry of the winemaker is choosing among all these techniques to highlight the best features of the wine without trampling its character. As spices can transform plain food into an exquisite meal, wood barrel aging can create wines of amazing depth and complexity from simple fermented grape juice. And it’s all because barrels were better for moving wine than amphorae.

*In recent decades, barrels made of stainless steel have also been used to mature wine without adding flavors, though the result is not identical. Wines aged in stainless tend to be brighter and more fruit forward than those matured in large neutral wood barrels. They are also less likely to age well, and in most cases should be consumed while young.  There are, of course, techniques for influencing how wines develop in stainless steel and new stylistic options for winemakers resulting from its use. These (spoiler alert) are a topic for part 4 of this series.